This week, IBM announced a new entry-level mainframe, the z13s. Centerline worked with the IBM team to craft a 22-minute webcast, launched in conjunction with Fast Company, that features IBM executives and customers like Vodafone and ADP discussing the benefits of the z13s. You can view the full webcast, and the entire Fast Company experience, “Conquering the Cloud” here.

For the Centerline team, one of the coolest parts of the entire launch was the ability to finally integrate projection mapping into one of our projects, by way of including it as part of the set we built for the webcast.

“I’ve sought the opportunity for a project mapping project for many years and for the IBM z13s launch, the themes of ‘transformation’ and ‘disruption’ finally provided the perfect fit,” said John Kaplan, Creative Director.

“Centerline always brings smart to the creative collaboration and partnership in the projects we have done on IBM z Systems,” said Joe Doria, Director, z Systems Marketing. “Adding in projection mapping to this webcast is taking audience engagement to the next level.”

In planning the webcast, Centerline spent hours in pre-production, meticulously planning each set. Eighteen modular OLGA kits by HeavyM were purchased. HeavyM makes the OLGA triangle surfaces, as well as an intuitive projection mapping software.  The company launched a successful Kickstarter a few years ago to fuel their conversion from beta to full-featured product. Quite a few Centerliners were drafted to help fold and assemble the plastic triangles.

After all the set up, the team produced a 10×20 back wall of 500 triangles. We think we created the largest structure ever based on the OLGA solution Because the kits weren’t actually designed to be joined into such a massive structure, the sheer weight of the vinyl triangles actually started to tear them apart at the seams. We wound up wiring and zip tying the seems together for additional structural integrity.

“Customizing and building our own projection surfaces also brought a much more artistic feel than working only with a mouse and keyboard; we were as much carpenters as digital artists for this project,”said Jesse Stormer, Motion Graphics Designer/Creative Thinker & Do-er. “There’s a certain level of imperfection that naturally occurs outside of a computer which only adds to the aesthetic.”

And yes, we managed to fit that entire wall into the back of John Kaplan’s truck (and he got to finally use those cables)!

In addition to creating the actual wall, the projection mapping required a whole new level and layer of animation. A template layout of the wall was designed during construction, however all actual animation was completed after the construction. To get a leg up on creating visuals, we pre-determined our design layout and built it in 3D while the physical wall was still under construction.

“As an animator, I’m used to my job starting after the video shoot. It was rather refreshing and fulfilling to see my creations as an on-set backdrop,” said Stormer.

As for actually getting the video on the wall, all of the video needed to be restricted to a common template for consistency.

After comparing the various projection mapping tools on the market, we ultimately decided on using MadMapper. This let us select sections of our video, assign them to one of the two projectors and re-target the selected areas to an accurate location on the physical wall. With 500 triangles it was quite the undertaking to align each one individually; it’s a very unforgiving manual process.

It was important to reinforce the message of of transformation, as the animations were projected onto 3D objects in order to alter their perspective to the viewer. Our projected visuals were intentionally aimed at exaggerating the form, creating the illusion of even further depth and that light was dynamically reacting to the surface. We knew we had successfully achieved the illusion after some of the production crew members truly thought lights were built into our wall and server.

The coolness and newness factor of any project presents unique challenges, and this one was no different. We had to try out new softwares, work under tight deadlines and ask many professionals of varying skillsets – animation, editing, production – to completely ignore some of the biggest “rules” or guiding principles of their disciplines. We didn’t just ask them to step outside of the box; we had them completely destroy the box and make something beautifully badass from its cardboard carcass.

We also introduced new workflows, which brought in new restrictions – but those restrictions actually allowed for greater opportunity in artistic decision making. Working with our technological restrictions allowed us to achieve unique styles that simply don’t make sense in any other medium.

“Typically video is viewed on a two-dimensional plane. However, allowing video to interact with our three-dimensional world presents a much more immersive experience for the viewer than simply a two-dimensional viewing surface. We really wanted to take advantage of this new dimensionality and focused on creating visuals which appear to react to the contours, faces and edges of our surface,” said Stormer.

In addition to the projection mapping wall, the set also featured a simplified, abstracted (i.e. all detail removed) life size replica of the z13s box. We used two 20,000 Lumen projectors on set, unlike most projector set-ups which are aligned perpendicular with a screen. In this case, each projector was positioned far apart with one on either side of the set,  pointing inward toward the center at about a 45* angle to achieve maximum surface coverage. This was new to our projector techs, who had never had a request for projectors to be positioned in any other direction than perpendicular to a screen…and here we are making a request for the projectors to nearly point at one another.

Here’s a look at the final set. Isn’t she beautiful?

Once everything was complete, we had some fun channeling our inner Beyoncès:

And while creatively kicking ass is always at the top of our to-do lists, so is pleasing our clients.

“A talented crew of creative superheros, Centerline is always pushing the boundaries of immersive engagement,” said Mike Dickson, Manager z Systems Marketing and Branding. “These guys rock it every time.”

For some more behind-the-scenes photos, check out Jesse’s Flickr album. I started my career in technology and consumer public relations. For years, I managed global PR and sales teams, from Mexico City to Milan. I like to think I’m a good problem solver — I’m also a kickass speed-reader and I play a mean game of catch. I transitioned to marketing because I wanted to be more involved in the strategy behind the content, creative and messaging. At Centerline, I work with incredibly smart, fun, talented and all-around-rad people that make me want to be MORE awesome every day. I work side-by-side with strategy, creative and project management teams to help define our clients’ short- and long-term needs and develop and execute communication strategies that support those business objectives and marketing goals. 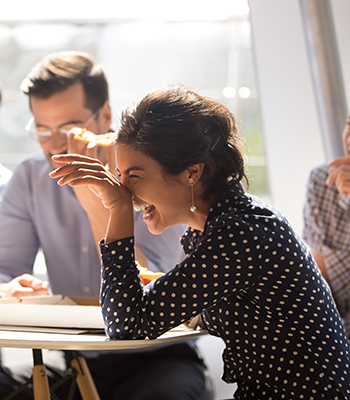 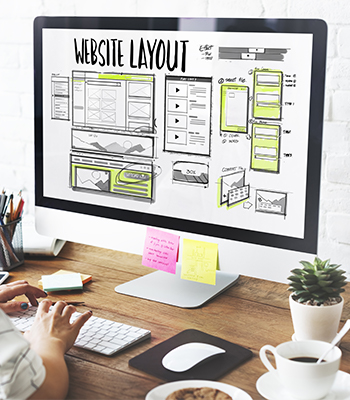 Know any good designers? In short, of course. The real... 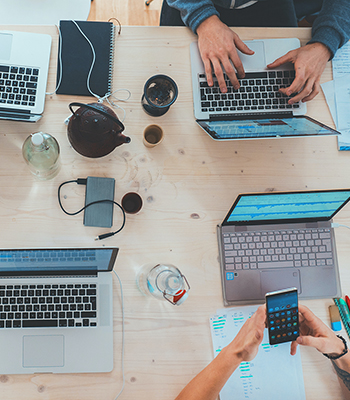 B2B marketers have always faced challenges that our B2C counterparts...