Maybe you, too, have been told to “stop overthinking it” for as long as you can remember. The words follow you like an unwanted echo. And when you hear it, maybe it feels akin to asking your stomach to stop growling, or pleading with your armpits to stop sweating. It’s your hardwiring.

I suppose the concern is that overthinking things may cause one to get lost in complex rabbit roles of research, where there is no light and sometimes a nosebleed and certainly no sandwiches. And while being an overthinker has its downsides (uncomfortable looks from strangers when they catch you mumbling to yourself), there are some perks. So fear not, fellow overthinkers, there is hope for us yet. In fact, there’s a need for our strange propensities, and we can wield this power for the greater good, especially in the field of user experience design.   Here’s why being an overthinker is a commodity for designers:

Overthinkers explore the What Ifs, ask the Whys and tease out the Whats early in a project, as well as throughout it. Some are good questions, some are duds, and a couple may need to be vetted outside the scope of the project. What’s important is that someone is constantly asking questions, and someone is always listening. Great design is the result of great listening.

The result: Clearly defined design objectives based on data and needs, not preferences
The rabbit hole: Attempting to answer every question too early in the project (Nobody can solve everything at once.)

Overthinkers like to futz around in brains that don’t belong to them. They may even find sport in guessing what others are thinking. (Author’s note: This is often wasted energy.) But. The habit of viewing the world from multiple perspectives is invaluable. Designers who are innately curious about other people (their habits, struggles, daily activities) can more seamlessly foster conversations that help the designer understand what makes people tick, which is especially important during user interviews and persona creation.

The result: An experience that feels targeted to the user, not a megaphone for the brand or an artistic outlet for the designer
The rabbit role: Failing to create stronger parameters during research (because everything is so neat!)

3 – You’re in the habit of connecting things.

Overthinkers have a tough time looking at a singular task without understanding what it’s connected to, like tugging on a loose thread to see where it pulls. So designers who can think outside their traditional roles, and think like content creators and developers, are well suited to collaborate with those equally important counterparts. Obviously designers must know their tech restraints. But designers should also have a baseline understanding of the content, because it’s impossible to create simplicity without understanding what the heck you’re looking at. I think designers, writers, and developers should be rubbing elbows. All. Day. Long. Connecting things together.

The result: An experience that seamlessly connects people to the information they need
The rabbit hole: Waiting too long to execute because things don’t seem quite perfect (Design is a never-ending process, requiring ongoing measurement and iteration.)

So contrary to its nasty reputation, overthinking can be a commodity for designers. I’d even argue that it’s just a less flattering word for curiosity, which can scare folks because it means someone is always asking questions. While restraints and parameters are necessary for every project, there should always be room for curiosity, especially in these flux fields of technology, design and digital marketing.

Even outside the digital spectrum, building a habit of observation and questioning is good for our brains. So I’ll continue to wonder how Jaycee Lee Dugard feels about all those Jaycee parks named after her. I’ll ask why we don’t power our homes with biogas. And I’ll wonder why we don’t incorporate science subject matter into art classes to keep art alive in public schools (just imagine the abstract representations of photosynthesis!).  I don’t have answers to any of these questions. I don’t know if these are even answerable questions. They are simply first steps into the unknown…and isn’t The Unknown where most great things begin? The secret to a winning product demo? Make it personal

When most people think about product demos, the first words... 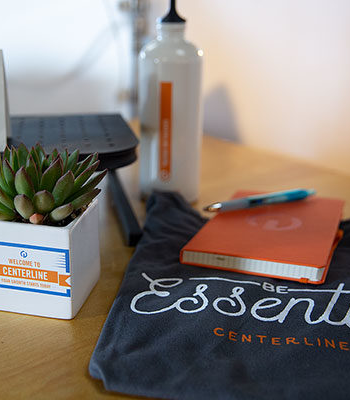 Centerline is excited to announce our newest partnership with Iron...

The past 10 years have seen a growing number of...